The R/V Sikuliaq hove to in Port Clarence

A bit over 100 nautical miles north of Nome is the natural harbour of Port Clarence, a final sanctuary from Alaskan gales before the Bering Strait and quite literally the end of the road.  The ArcticMix team was waiting for the final two members to arrive by air into Nome where they were then to head overland via challenging 73 miles of wilderness roads to a small community on the shores of Port Clarence named Teller.

Sitting on a spit of land which separates the bay of Port Clarence and the inner Grantley Harbor, Teller is an Inupiat village that depends on subsistence hunting and fishing.  And with crew and scientists to transfer to and from the R/V Sikuliaq out in the bay the ArticMix team was depending on the logistical support of Teller and its road access back to Nome.

The waters of Port Clarence, while calm in comparison to what was raging outside the bay, were still a challenge for small boat operations.  It was going to be a wet ride.  Word came over the deck radio that it was time to launch the rigid inflatable boat (RIB) from its cradle high on the Sikuliaq’s second deck.  The orange hull hit the grey-green water and the outboard sent the RIB out over a bay part white with spray and foam.  The dark blue sides of our ice-breaking home disappeared into the distance as our small craft lurched through the chop towards the low, dark spit.

The beach was a strip of flat black shale-like stones on which was perched the tools of the trade for the local fishermen, their skiffs ringing the curved coastline.  Securing the RIB we set off to find a man named Joe to thank him for his recent assistance landing our small boat on the spit at Teller.

Joe, who had dark grey-streaked hair pulled back in a ponytail, introduced us to his huskies and said driving his sled dog team on the 150 mile round trip to Nome twice a week in Winter was common.  We were approached by another local named Jacob who was very keen to understand what had brought us to his coastal home on the Bering Sea.  Jacob, a young Inupiat man who had recently finished education in a nearby community school, was intensely curious about our lives and work aboard the big blue ice-breaker sitting just offshore his home.  He told tales of the many methods of local fishing and the reindeer herding that still occurred 123 years after first being introduced here in 1892.

Our scientific colleagues awaited, happy to see us after their long journey from far-off parts of the world which slightly unexpectedly finished at the end of the road in Teller.  Without access to this community and the safe harbour along which its cozy buildings nestle the ArcticMix voyage would have hit very troubled waters early.  We returned to the R/V Sikuliaq grateful. 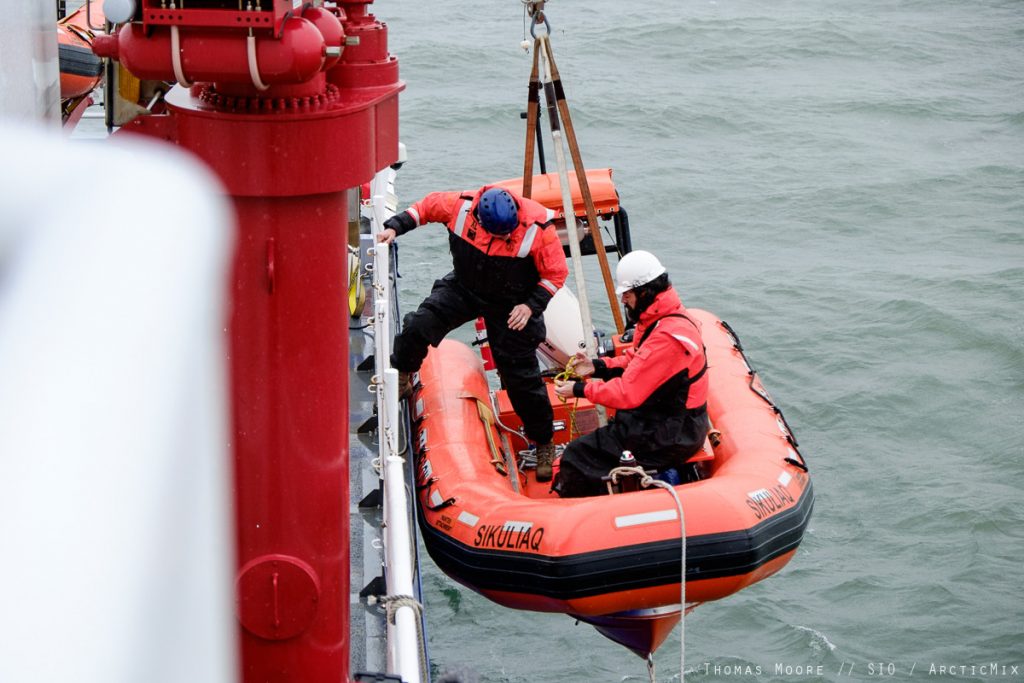 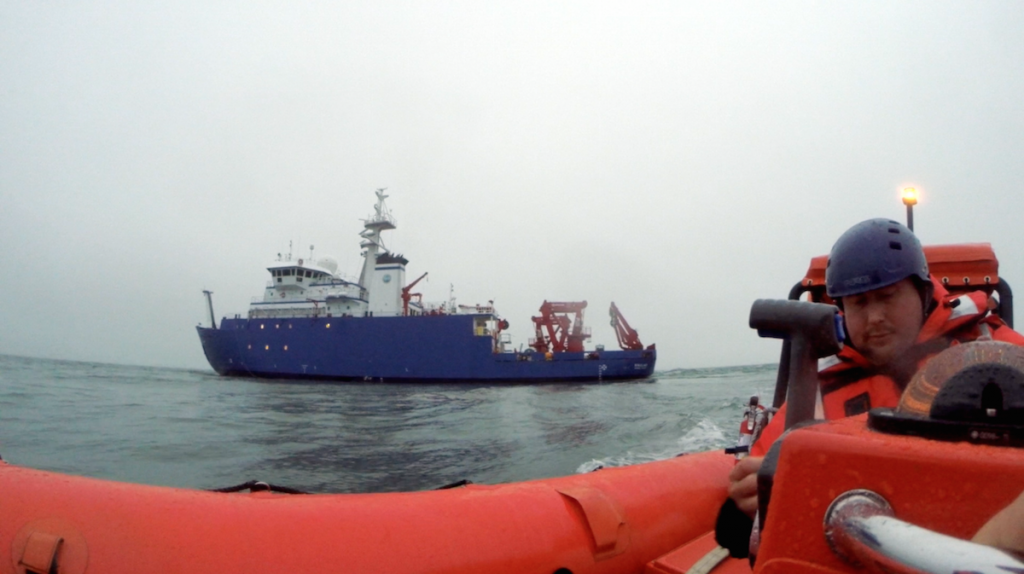 The RIB speeds away from the R/V Sikuliaq 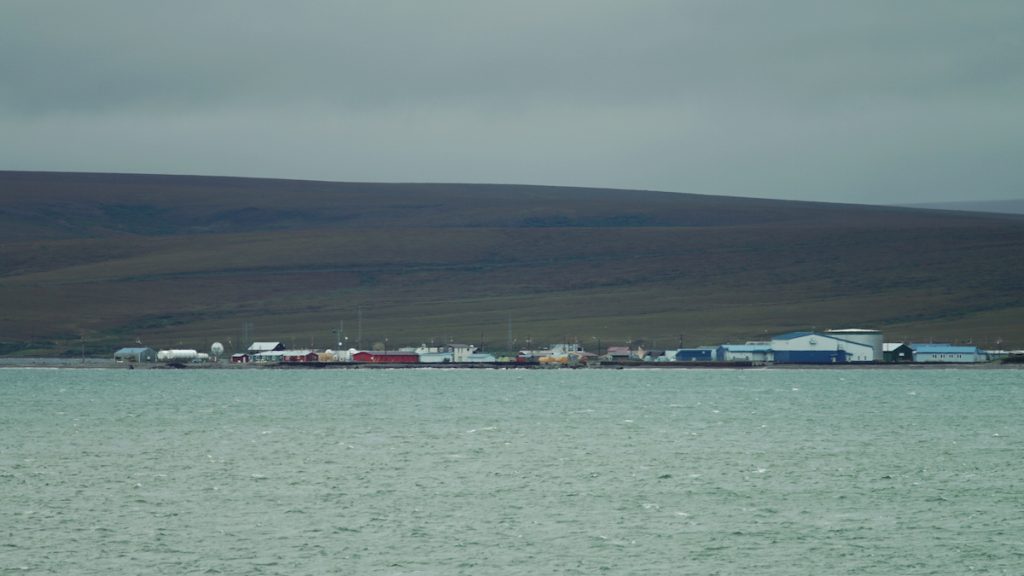 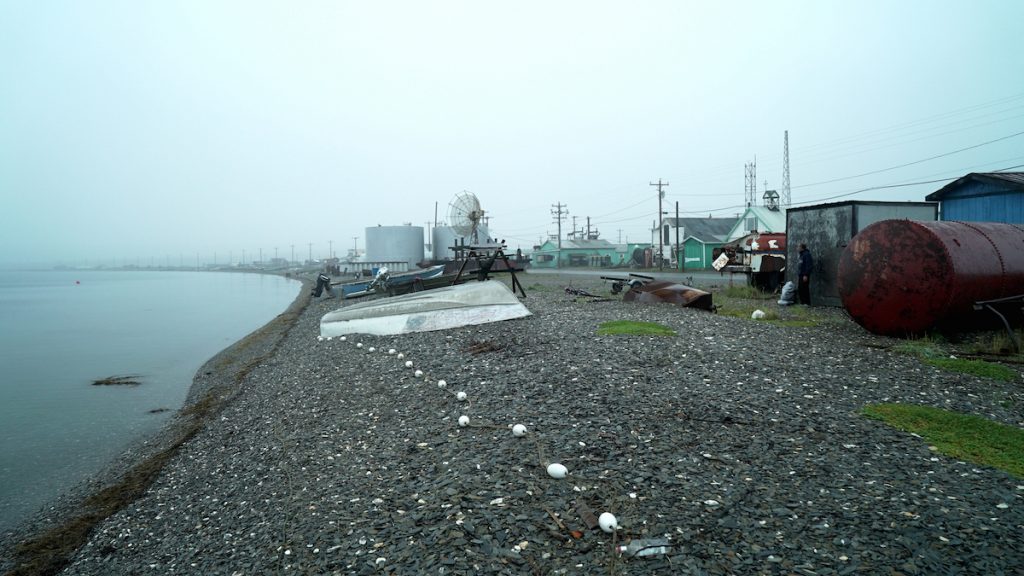 The beach at Teller 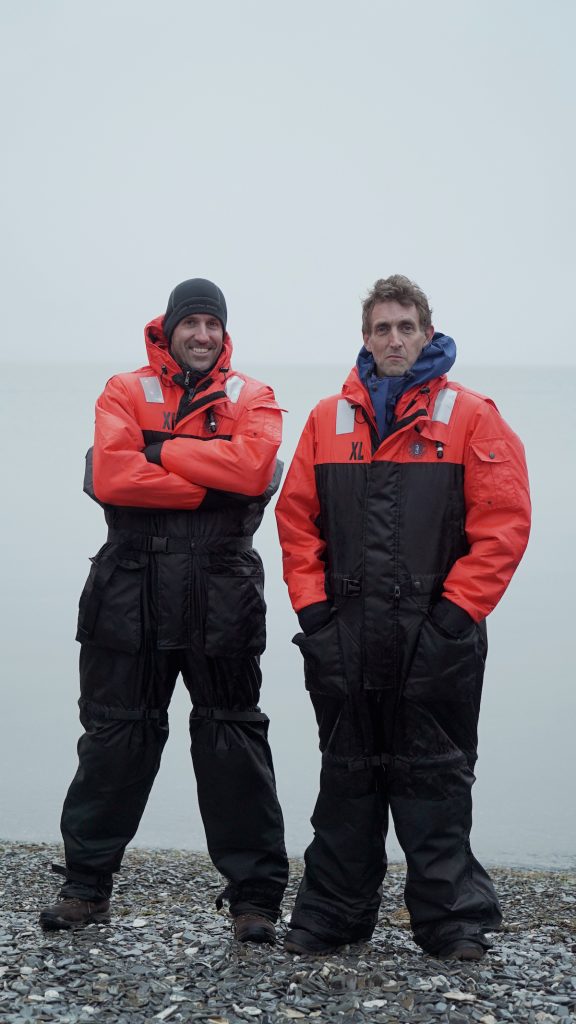 Tom and Phillipe ready to get aboard 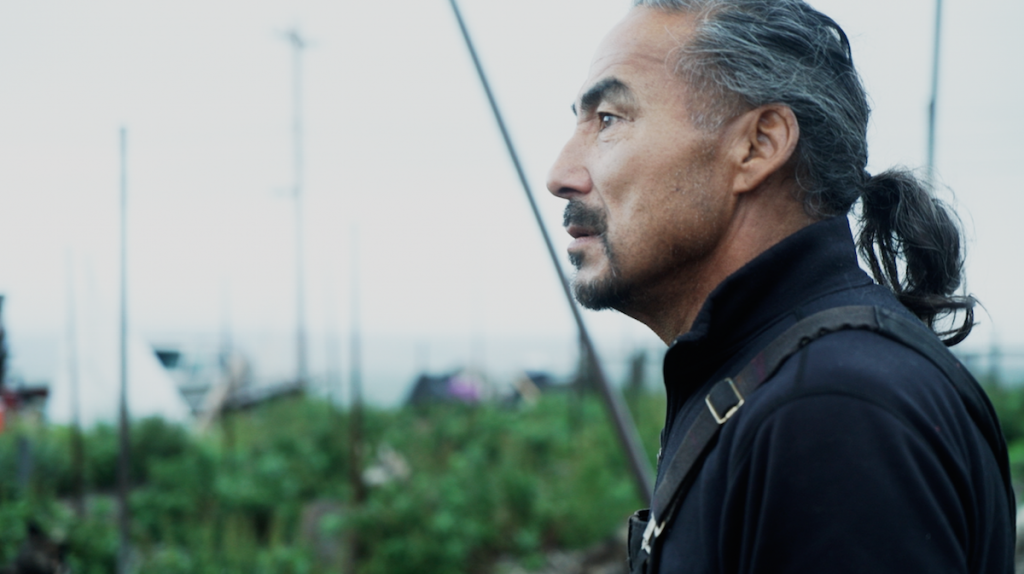 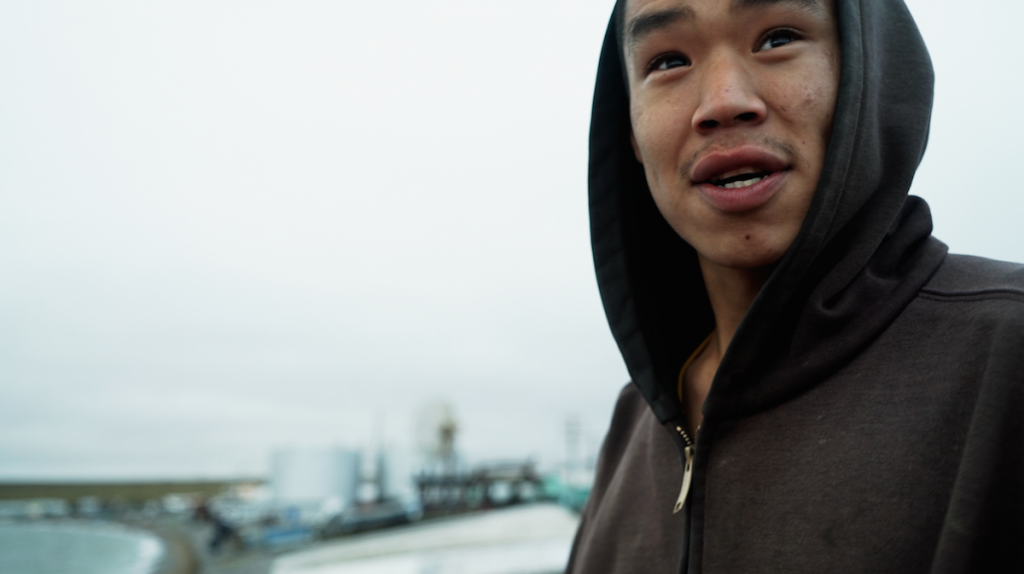